The three-time CFL all-star has started all six of the team’s games at right tackle. He was named the league’s Most Outstanding Offensive Lineman in 2019 and is one of only two Canadian players who was a day-one starter this season at offensive tackle.

Van Zeyl will be replaced by Colin Kelly, who has started three games at left tackle since being acquired from the Edmonton Elks via trade. Travis Vornkahl will take over for Kelly at left tackle.

Perennial all-star linebacker Simoni Lawrence practiced twice this week but will still be held out this week due to a groin injury.

Canadian receiver Lemar Durant will start at slotback after completing a stint on the six-game injured list with a hand injury. Cariel Brooks will also return to the starting lineup at boundary halfback after recovering from a back injury that held him out of the first six games of the season.

The Ticats are slated to host the Montreal Alouettes on Thursday with kickoff set for 7:30 p.m. EDT. 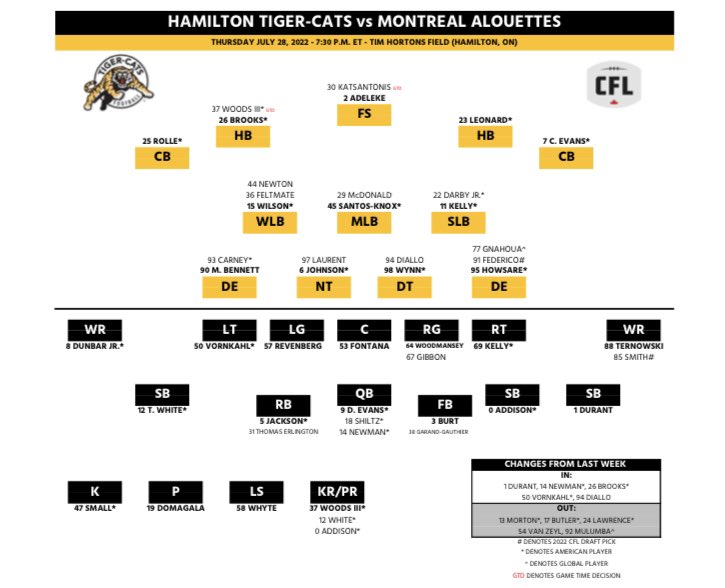