The three players were chosen by a panel of judges made up of former players Matt Dunigan and Duane Forde of TSN, as well as Pierre Vercheval of RDS, who independently send their selections to the head office.

Fajardo’s late-game heroics led Saskatchewan to a 31-24 victory at BC Place.

With 1:42 remaining in the contest and the Riders down six points, Fajardo orchestrated a six-play, 56-yard drive, going 4-for-4 passing for 54 yards, before capping it off with a one-yard touchdown plunge to tie the game. The ensuing Brett Lauther convert gave Saskatchewan a one-point advantage with two seconds to play.

Fajardo finished the game completing 77 percent of his passes (24-of-31) for 279 yards, while adding 32 rushing yards. In addition to his rushing touchdown, Fajardo connected with Ricardo Louis on a post route for his first career CFL touchdown late in the third quarter.

This season, the University of Nevada product has passed for 1,644 yards and thrown seven touchdowns, while completing 72 percent of his passes. On the ground, he has added 287 rushing yards and four touchdowns.

Fajardo has been named a top performer in Weeks 2, 3, 8 and for the entire month of August. 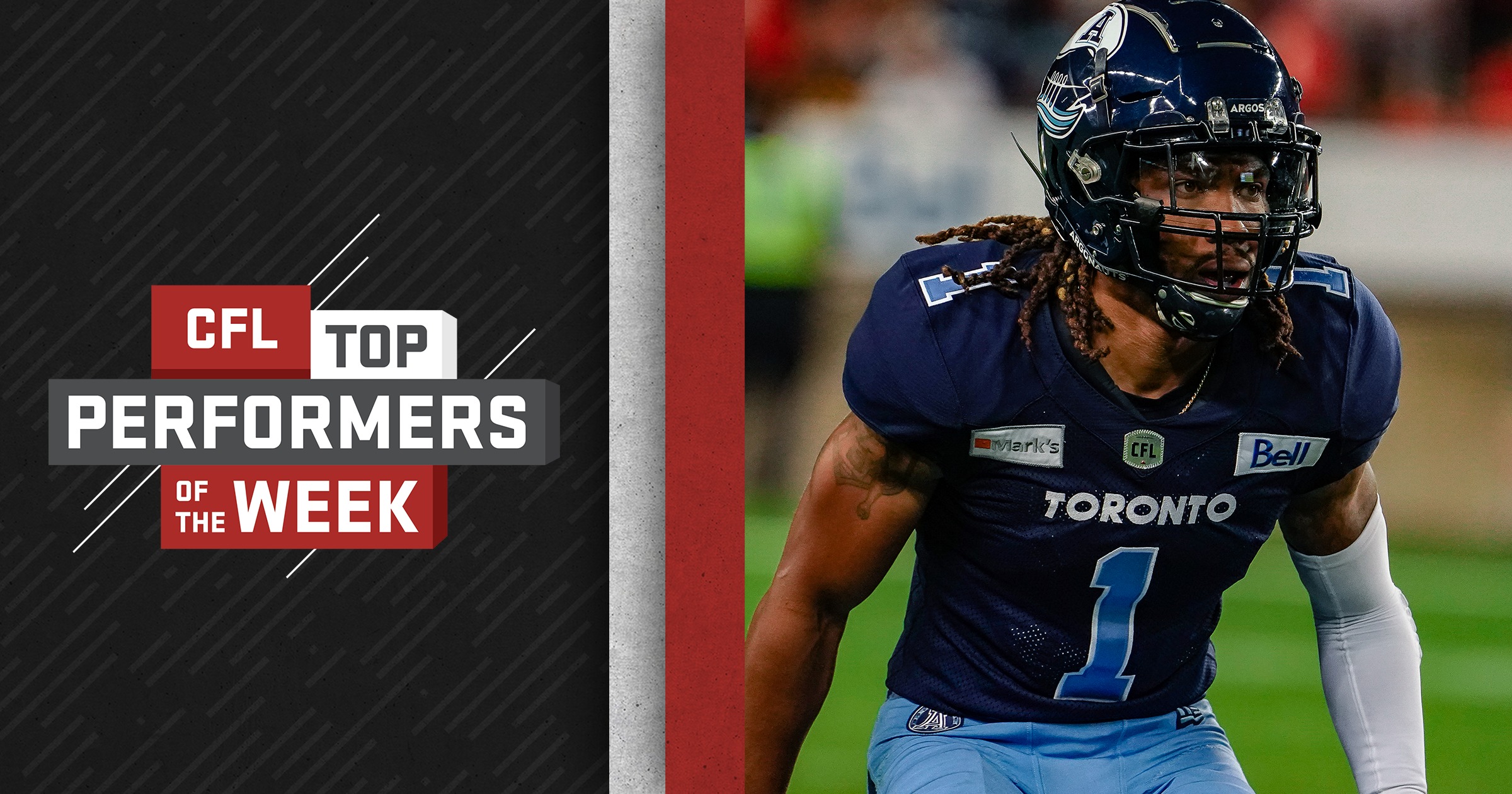 Richardson filled the stat sheet on Friday night, tallying four tackles, a special teams tackle, a forced fumble and an interception in the Argonauts’ thrilling 30-27 victory over Montreal.

Richardson chased down receiver B.J. Cunningham and popped the football out before Crezdon Butler recovered for Toronto.

With just under four minutes left in the game and the Argonauts up seven points, Richardson recorded his seventh career CFL interception, which led to the winning field goal.

The University of Arizona alum has 18 tackles this season, two forced fumbles, two interceptions and a pair of knockdowns. 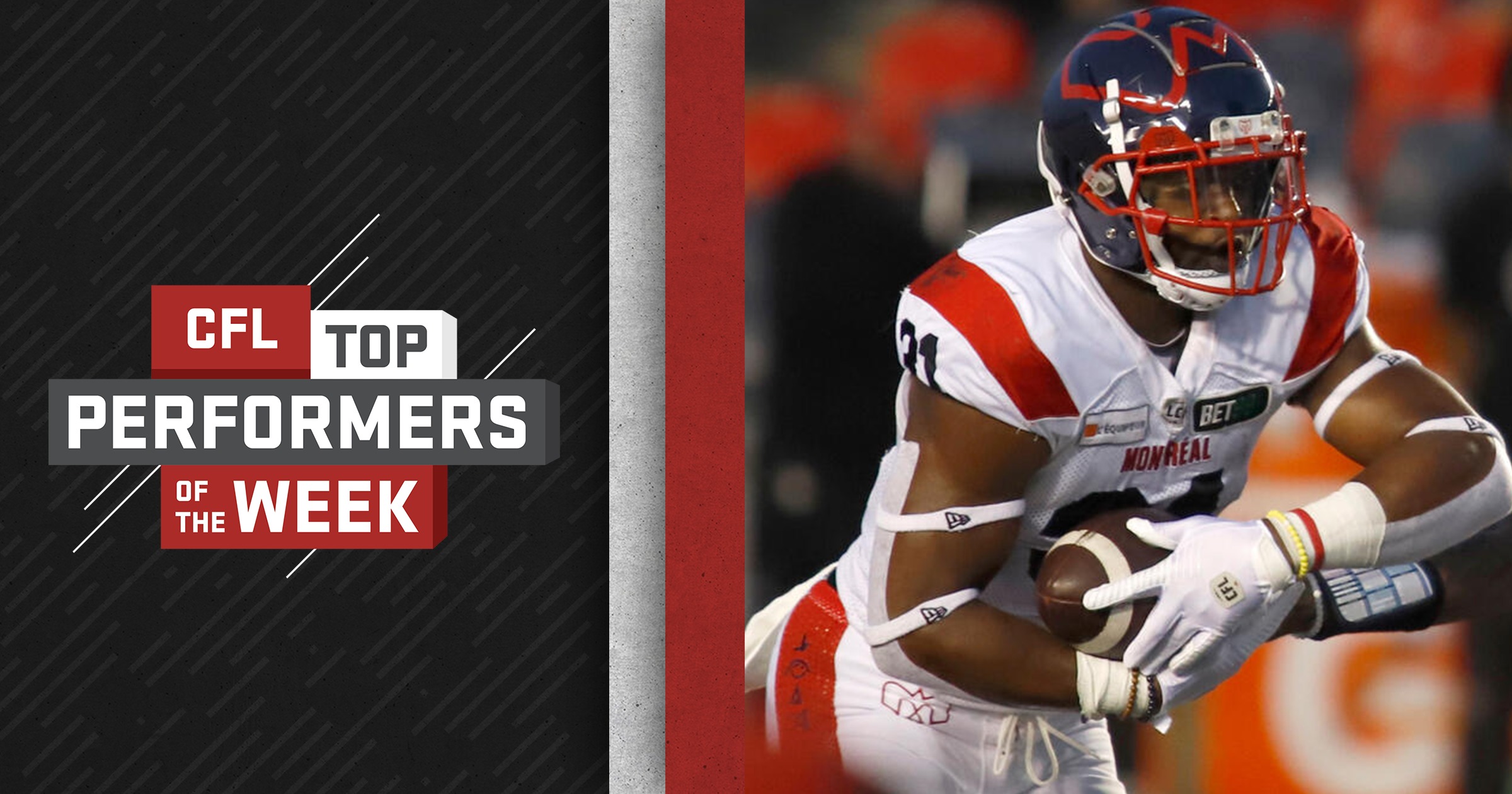 Stanback had his best game of the season with 154 all-purpose yards and a touchdown in the Alouettes’ loss to the Argonauts at BMO Field.

On the ground, Stanback had 19 carries for 133 yards (7.0 yards per carry). Early in the third quarter, his touchdown from three yards out cut the deficit to five points at 21-16. The performance marked Stanback’s third straight game with 100-plus rushing yards and his fourth of the season. The Hempstead, N.Y., native added four receptions for 21 yards in the game.

Stanback leads the league in rushing with 618 yards, while averaging 6.4 yards per carry, and has two touchdowns this season.

Fans’ Choice of the Week!

2021 CFL Top Performers of the Month

Bombers win sloppy one in Edmonton but lose Andrew Harris (&...

Star slotback Kamar Jorden out for Stamps vs. Lions

Dumb & Dumber: enough with the safeties!